I’m lucky to live in Boston. With its small town feel and international appeal, Boston is an amazing place to take in the arts, culture and architecture. This spring I posted a blog listing the things every Bostonian must add to their bucket list and although I had experienced everything on the list, there was one exception:  hiking the Emerald Necklace in an entire day.

Earlier this summer, my friend Cristy and I went on an expedition to explore the beauty of Boston’s Emerald Necklace, a string of interconnected parks stretching through many of the city’s neighborhoods and cultural institutions.  As any urban planner, architect, or city enthusiast would tell you, the best way to get to know and experience a city is by walking its streets. This is exactly what Cristy and I did. We started our hike across Park Street Church on Boston Common at around 11:15AM on a Sunday and finished around 5:00PM at the entrance of Franklin Park Zoo in Dorchester.

In the nineteenth century, nature and parks were idealized and venerated, an idea reflected in the landscapes of many cities across the country.  Parks provided city dwellers and factory workers with leisure activities that involved fishing, swimming and many other past times. They provided a relief from the long work day hours and living conditions.

The power of parks and green open spaces in bringing people from all walks of life together has always fascinated me. I love walking through a park and listening to the many different languages spoken by users. No one understood this better than Frederick Law Olmsted, the genius behind this incredible cultural resource in Boston.

The father of the modern landscape architecture movement, Frederick Law Olmsted’s story is as inspiring and moving as was his vision in transforming the landscapes of America. Along with his son Frederick Law Olmsted, Jr., his adopted stepson John C. Olmsted and the rest of the partners in the firm, Olmsted dominated the landscape architecture profession in America for nearly a century. Transforming people’s lives through the beauty of nature was at the core of his pursuit in improving and “civilizing American society.”

Considered the most historic park in Boston, Boston Common was mentioned in town records as early as 1634. The Common was not designed by Olmsted, but it played a pivotal role in the planning of his Emerald Necklace. It was only logical we start our hike at Boston Common, after all, every visitor strolls down the Common on the way to the Freedom Trail.

The Public Garden was born out of the filling of the Back Bay in the nineteenth century. It is a botanical garden with formal flower beds laid out in the French Manner and artificial pond which provides for pleasant Swan Boat rides during the warmer months of the year. On its Arlington Street corner stands Arthur Gilman’s Arlington Street Church, a building worthy of looking at. It has sixteen Tiffany stained glass windows which date from 1898 to 1933. 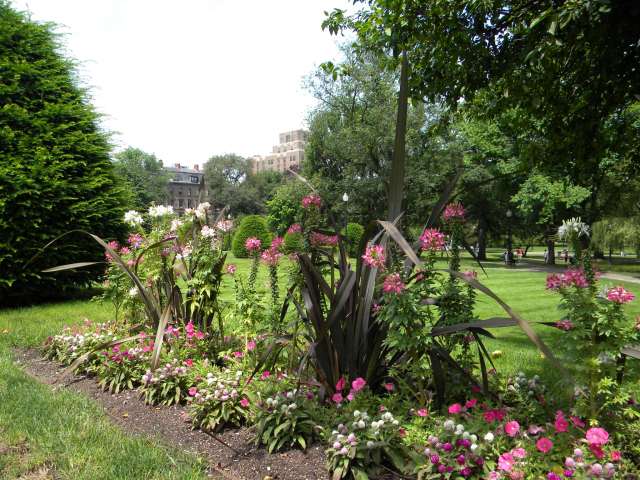 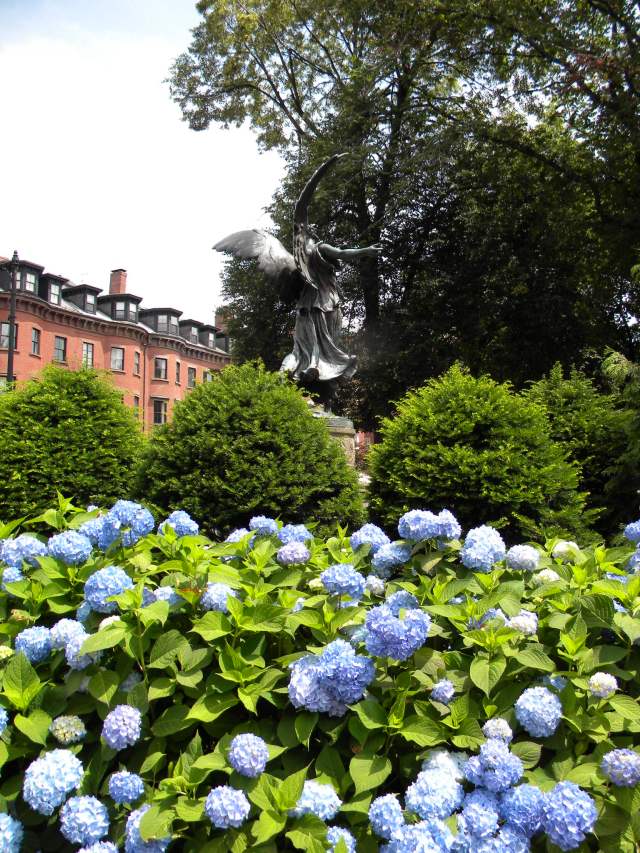 Once part of the smelly Back Bay, this chunk of land was transformed into a spacious park offering many activities including picnicking, kayaking, sailing, outdoor concerts and movies at the Hatch Shell. The Esplanade Association is in charge of restoring, maintaining and preserving this wonderful park. 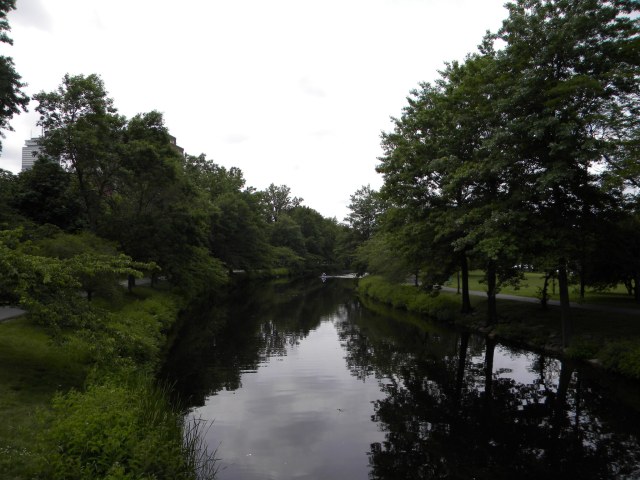 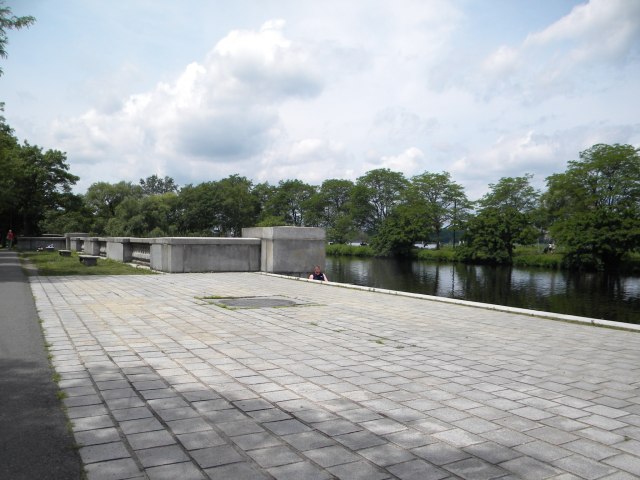 Commonwealth Avenue Mall, begun in 1858 and continued as the Back Bay was filled in, Boston Landmark

Commonwealth Avenue Mall was America’s answer to the grand boulevards of Paris. The Mall is lined with American and English elms as well as magnolias and dotted with sculptures of noted public figures including Alexander Hamilton, William Lloyd Garrison, Phyllis Wheatley and others. 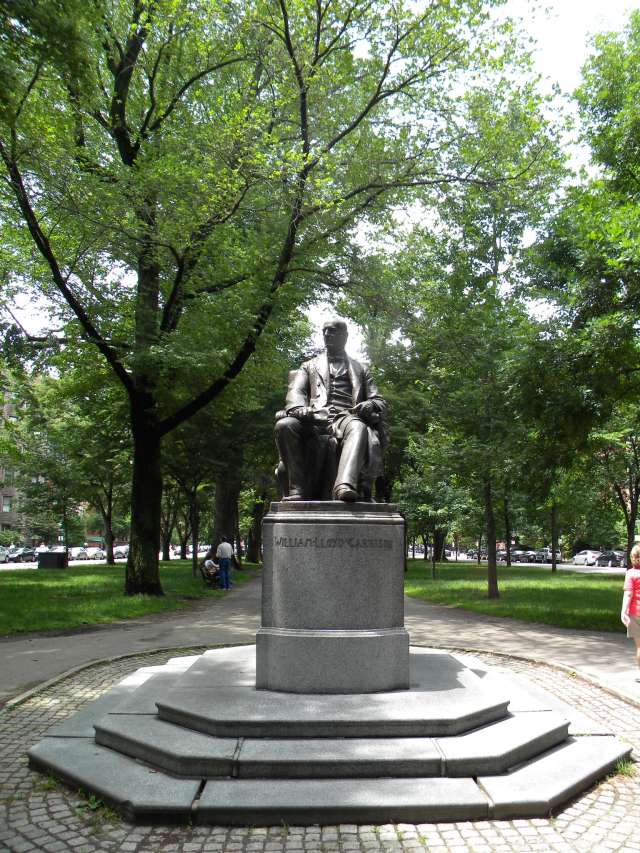 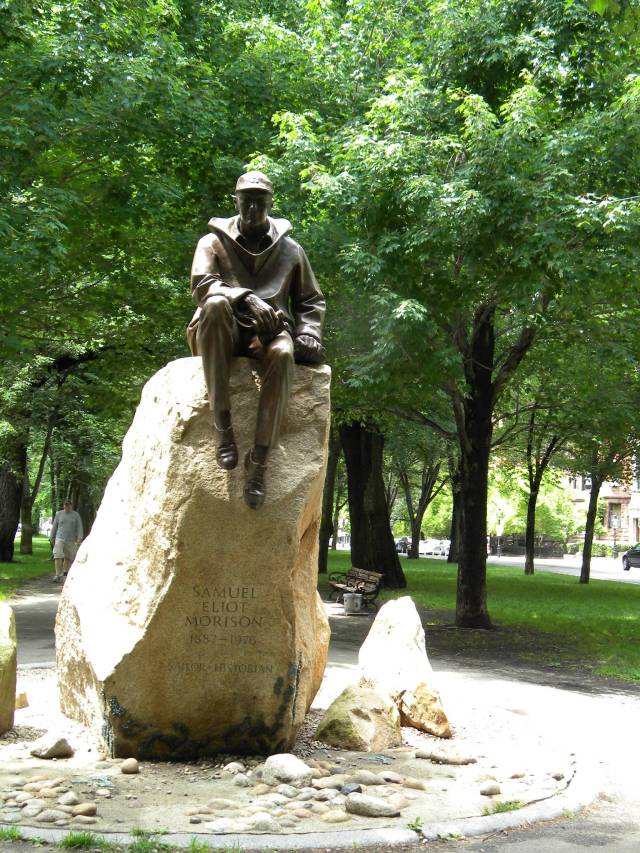 Olmsted had intended for a grand picturesque landscape here, but as Michael and Susan Southworth of the AIA Guide to Boston write “Charlesgate is the tragedy of the Emerald Necklace.” I hope to see this landscape restore to Olmsted’s original vision in my lifetime.

Apologies for the lack of images of Charlesgate, I will take some the next time I am at the Museum of Fine Arts, but the landscape does not reflect what Olmsted intended.

A fine example of the English nineteenth century romantic landscape movement.  To some extent, Olmsted original vision has been altered and rose gardens were added along with a baseball field and a war memorial, but the Emerald Necklace Conservancy has been diligently working to restore the plantings and conserve this magical park for centuries to come. Among the architectural and cultural gems along the Back Bay Fens are H.H. Richardson’s “muscular” bridge, Holy Trinity Orthodox Church, the Forsyth Dental Infirmary for Children, the Museum of Fine Arts, Isabella Stewart Gardner Museum and galleries at the School of the Museum of Fine Arts and the Massachusetts College of Art and Design. 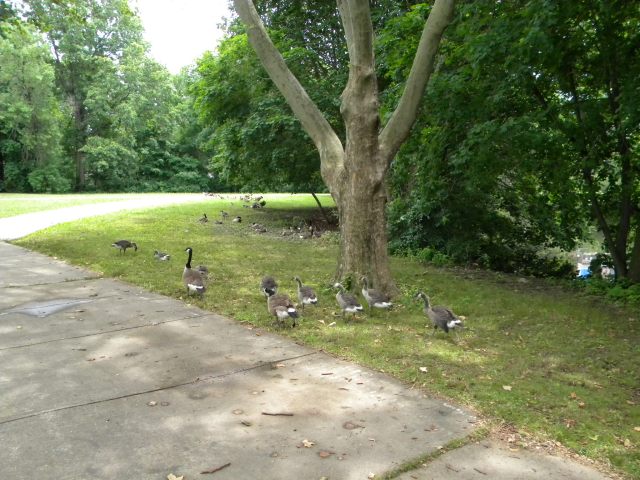 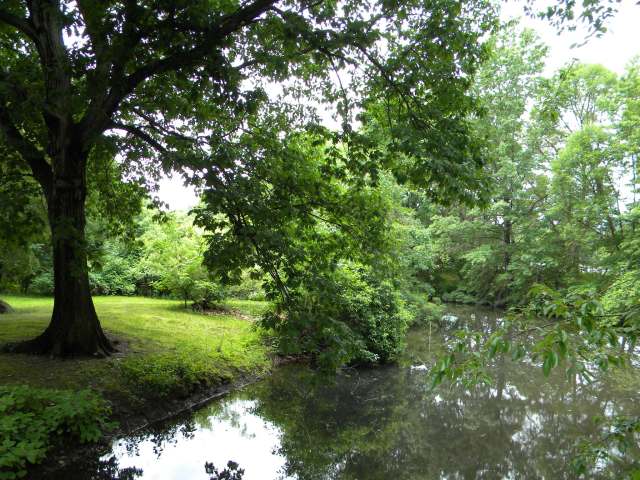 This park is currently undergoing major restoration by the Conservancy. The Riverway originally linked Olmsted Park to Jamaica Pond, but a segment was destroyed for commercial purposes thereby interrupting the “flow” of Olmsted’s interconnecting system of parks. 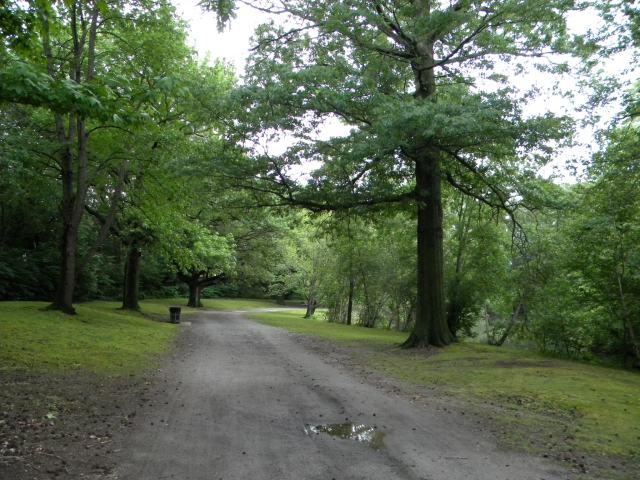 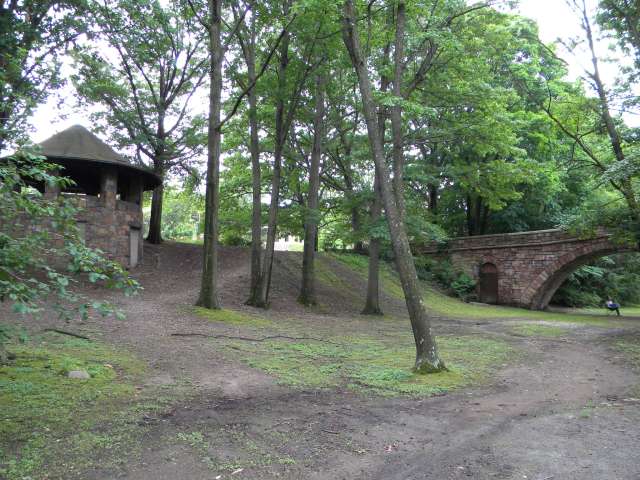 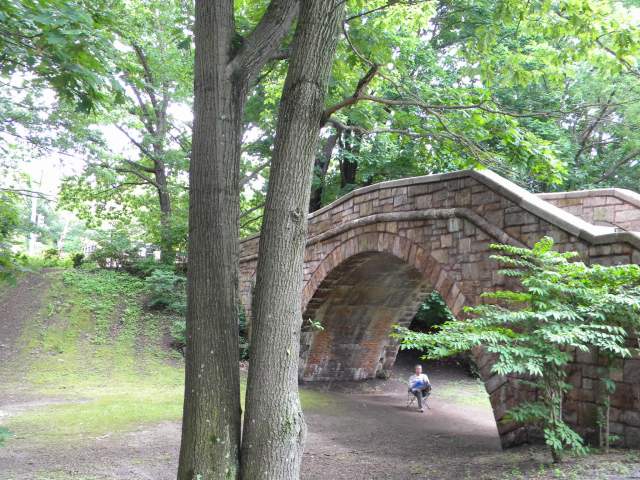 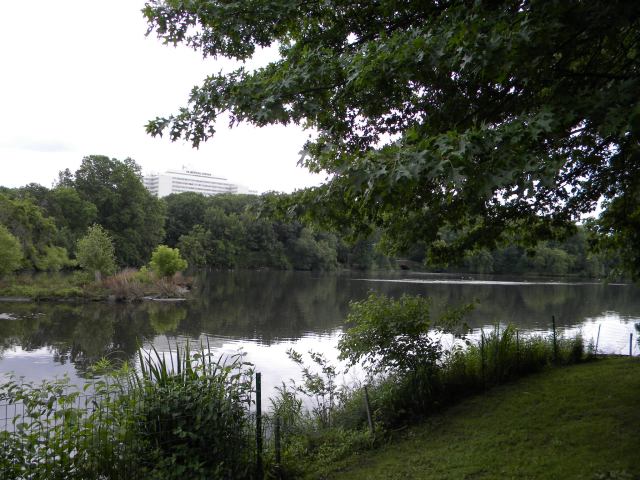 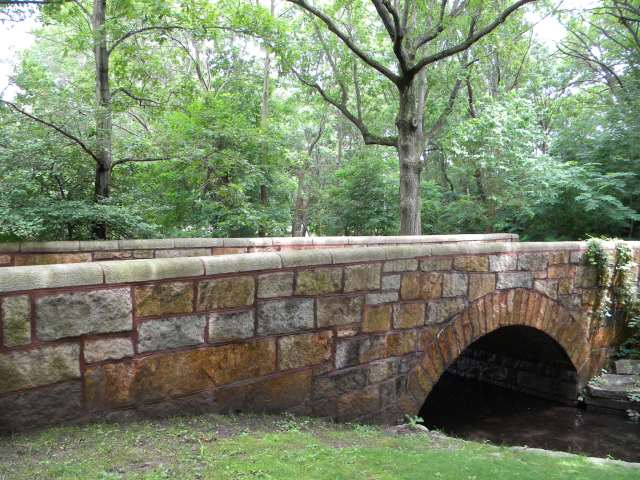 Jamaica Park will always hold a special place in my heart because on our hike along the Emerald Necklace, my friend Cristy and I stopped to catch our breath, admire the beauty of the lake and watch people fish and jog. We were so taken aback by the park’s beauty that I left my camera on a bench only to realize that I had done so 45 minutes later. In short, I did not find my camera but frantically asked everyone I came across at the park if they had seen it. I left my business card with a few people and continued our hike as if nothing had ever happened. Later that night, I received an email from the Jamaica Pond Boat House letting me know that my camera had been found! Joy!!!!!!!!!!!!!!!!!!!!!!!!!!!!!!!!!!!!

Stickney and Austin’s Boathouse is a National Historic Landmark and you may read more about these two architects by following these links: here and here (sorry, I don’t remember if I corrected the posts after getting my paper back from the professor). I had the pleasure of conducting extensive research on these two architects for a seminar on Boston Architecture and Planning at Boston University with the wonderful Professor Keith Morgan.

One of the most beautiful parks in the city, the Arnold Arboretum is also one of the country’s oldest and most prestigious arboreta. Its collection includes more than 15,000 trees, shrubs, and vines collected from around the world and is one of the best preserved of Olmsted’s landscapes. Every Spring the Arboretum hosts Lilac Sunday, andevent that celebrates the more than 377 lilac bushes in its collection. THE FOLLOWING IMAGES HAVE NOT BEEN PHOTOSHOPPED! YES IT GETS THIS BRIGHT IN THE FALL. 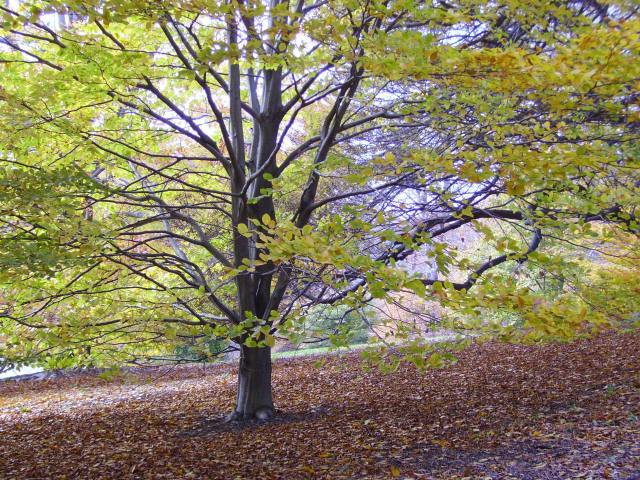 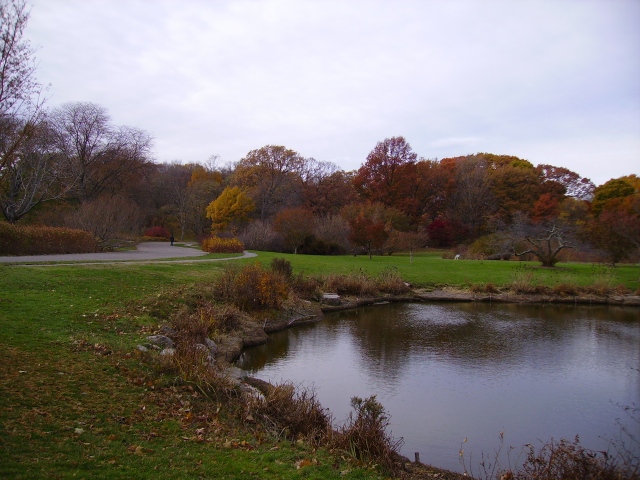 The crowning jewel of the Emerald Necklace, Franklin Park is a 520-acre masterpiece that combined “vast rustic scenery with H. H. Richardson’s architecture, Daniel Chester French sculpture, sheep to trim the grass, and a dairy for healthful refreshments.” Its design was influenced by Joseph Paxton’s “People’s Park” at Birkenhead in England. Today, most of the architecture at Franklin Park is now ruins and parts of it have been altered and replaced with a golf course, tennis courts, baseball fields and Franklin Park Zoo. I love the micro environments that Olmsted created at Franklin Park. They make me feel as if I’ve stepped from one landscape into a completely different one. I love going for jogs in and around Franklin Park, it feels as if the city is hundreds of miles away. 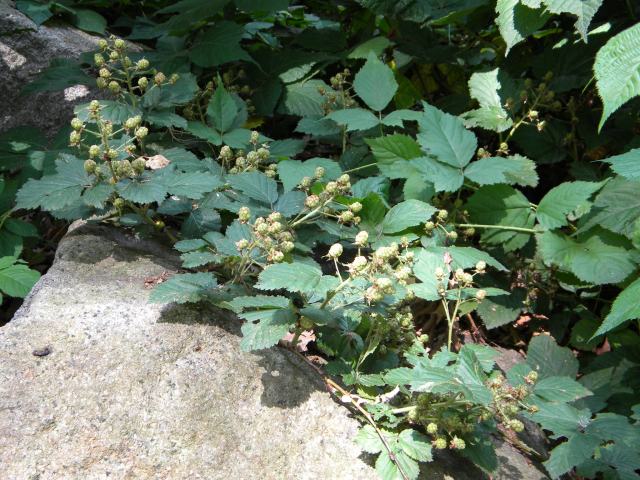 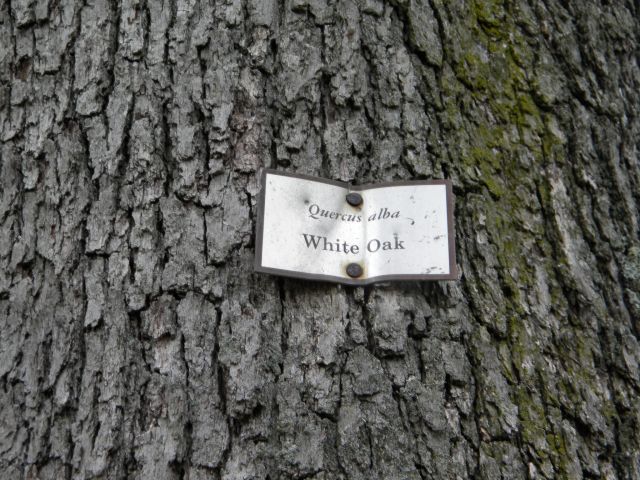 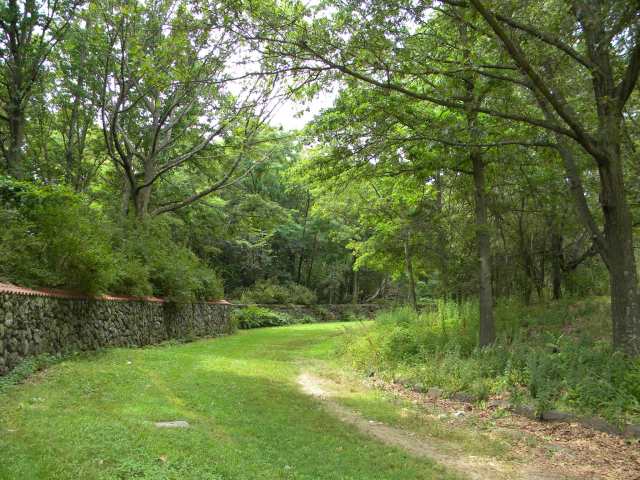 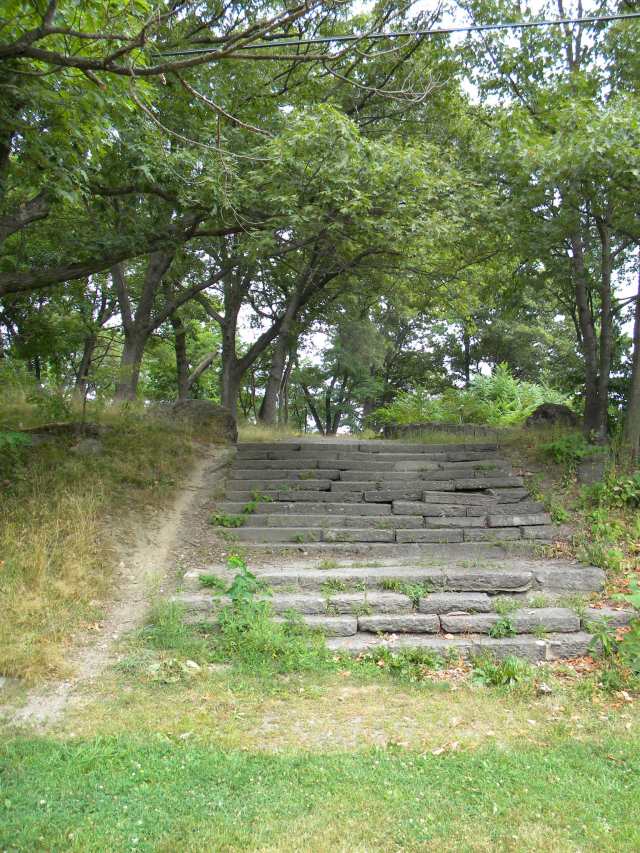 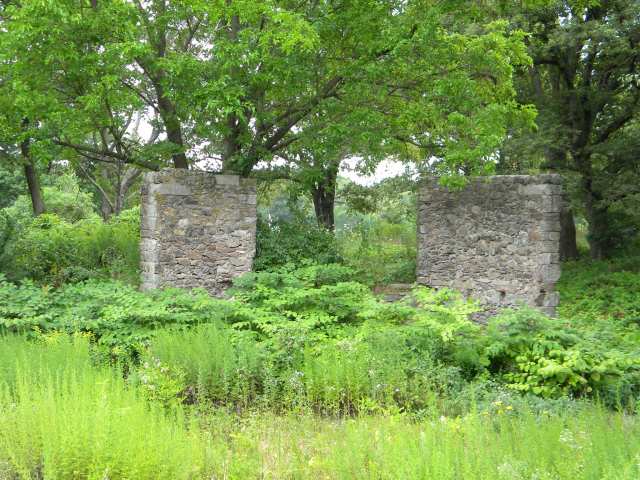 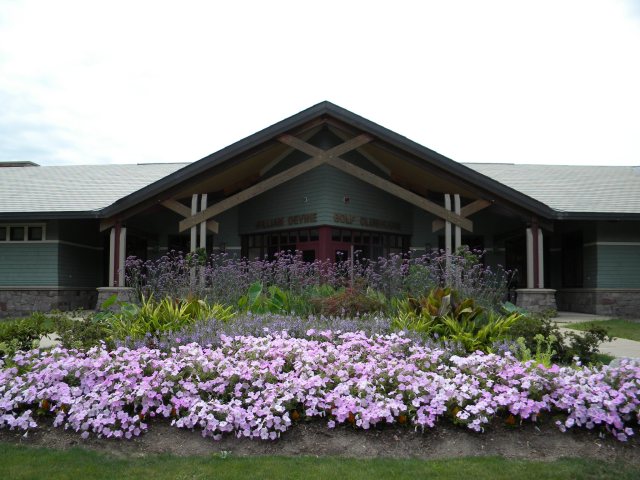